Getting the S+Rank in hardcore mode is the most difficult and strategic task in Resident Evil 2. Enemies are harder to kill and don’t die quickly and 2 hits by them leads you to the death. All of this with only 3 save limit, which is very challenging. First of all, lets have a look at the S+ rank requirements.

If you beat the game in S+ Rank in hardcore mode, you will receive

Preparations before getting started

Since S+ rank is all about finishing the game before 2:30:00, it is wise to save time by having all the code solutions on the single page. Following are the codes you will need during the playthrough.

You can either skip the Lightning Hawk or grab it up, its up to you, but I recommend picking it up because you will need a lot of firepower or ammunition to beat Brikin 3 (G3) boss fight in laboratory . Also don’t forget to get 2 key caps for armory room so you can get inventory upgrade and get more some space for items.

Here are some important factors which you need to focus on, during playthrough.

The 3 saves for S+ Rank are very limited and should be used wisely. You will be facing a lot of tough enemies in the play-through such has Mr-X and Lickers, but bear with it and save only before boss fight. We recommend using your saves before

Try to save ammo as it is very limited in hardcore mode. Always pick the ammo if you see it anywhere. If you have infinite knife, use it to cut down zombie legs, to save some ammo. Pause Game and remember what to do next

Yes, sit back and Relax because pausing the game into menu wont do anything with the timer. S+ Rank has very strict time limit, so try not to waste time, pause the game and think and then remember whats your next task and where to go, and then manage which items you should put in inventory for the next task.

Load the game from Save file after death

If you die, you need to load the game from save file instead of continuing as it adds the time where you left off to the total time. Loading from save file will reset the time to that point where its saved on.

Use Gunpowder for shotgun shells

Shotgun is very great for clearing out your path by popping zombie heads with a single shot to make sure they don’t get up again. Handgun ammo is mostly a waste as their heads don’t explode most of the time and they get back on their foots on your return. Use handgun to stun zombies and pass through them.

What to do if you are out of ammo

Well, that is a critical situation, and if you are stuck because you can’t kill and pass through them, then all you can do is get close to zombie, as soon as he tries to grab (2 times mostly) run back, and then pass through him when grab animation stops. If you are stuck on a boss fight, well that’s a bad news, you need the ammo for them.

Save your time instead of fighting them again. Shoot and tear down their leg by handgun so they can’t walk and reach you. Use shotgun to explode their heads and also to avoid being getting killed. How to deal with Lickers

Best way is to walk through them. They are friendly and won’t do anything to you if you don’t disturb them by noise. They try to smell you when you get near, but just don’t touch them and just walk. Their spawn is inconsistent, so If you got a bad spawn (specially laboratory Lounge in East Area) try to stand near entrance door, shoot them and then head back. And then re enter the room with their different location. How to deal with Ivy (veggie monsters)

Make sure you pickup the flamethrower from sewers, it can help you kill them. If you don’t have fuel left, then shoot their weak points with pistol. Also make sure you have the knife for them as a life saver as they can kill you instant when grabbed. How to deal with Brikin G1 boss

This one is a little hard to kill, he doesn’t stop following you in hardcore. Wait for him to miss an attack on you, then you can shoot him back. When he is down, get close to him and shoot his eyeball. Do this until he is dead. How to deal with Brikin G2 boss

This one is easy to deal. Use flamethrower on him until he gets down and then push the container button to throw him down. Do this two times. Also beware of his jump attacks. How to deal with Brikin G3 boss

This one is hard. Before going for this boss fight, fill up your inventory with shotgun ammo and magnum ammo and also 1 or 2 healing items. At start when he roars, shoot his back and leg eyeball, keep a big distance wait for him to attack and then shoot his arm eyeball. Then use magnum on his chest eyeballs. Dodge his jump attacks by running front. Make sure to keep distance from him as his attacks has insanely large hitbox. How to deal with Super Tyrant

This one is also hard to counter. Fill up your inventory with only pistol, grenade and flashbangs, if available and rest space with healing items. Your goal is to pass time until the rocket launcher is dropped. Dodge his attacks by moving to the right of and stay away from him, move forward when he does the jump attack. Use grenades to stun him. He might do an instant kill move too, so shoot him quickly if he tries to do. After this is done, kill the last zombies with rocket and congratulations, you achieved S+ Rank on hardcore. The rewards will be available later in the item box. 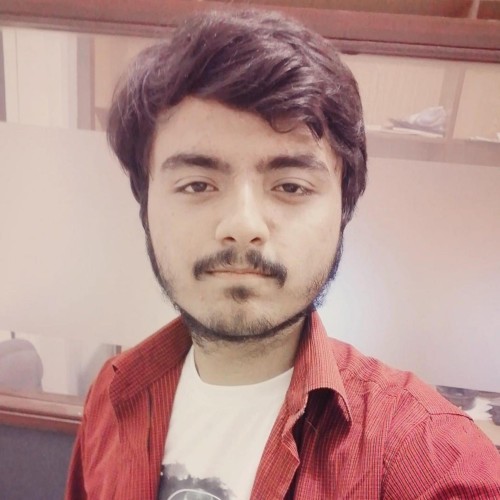