Noctua is one of those companies in the industry that require not introduction as they’re known for producing one of the best high-end cooling solutions. The Noctua brand stems from the collaboration between the Austrian Rascom Computerdistribution Ges.m.b.H. and the Taiwanese cooling company Kolink International Corporation and they have been producing the cooling solution for past 30 years.

Recently Noctua has made two new additions to its Chromax.black lineup of CPU Coolers which includes Noctua NH-D15S c.b and Noctua NH-U9S c.b. Last year, we reviewed the Noctua NH-D15 c.b and it had an out-standing performance which was also the case with the more compact NH-U12S c.b. However, today we will be reviewing the renewed version which is the Noctua NH-D15S c.b, compared to the D15 c.b the renewed versions is designed to fit better on small ITX form factor motherboards and those with a CPU socket is close than a usual form factor and it comes with a single NF-A15 instead of two.

As for the NH-D15A Chromax.black, it is a dual tower CPU cooler which comes with a single NF-A15 HS-PWM 140mm black fan. The cooler comes with six heat pipes and a nickel cold plate. The Noctua NH-D15S c.b supports all of the latest sockets including AMD’s AM4 and Intel’s LGA 1200.

The following accessories comes included with the box.

All of the latest Noctua coolers comes with SecuFirm2 mounting system which is considered best and most convenient mounting system to work with. Consequently, the mounting process of the Nocuta NH-D15S is incredibly simple and can be fulfilled just by following the instructions present in the user manual. However, if you’re looking to install the cooler to a LGA 1151 socket, you will have to put the included backplate on the motherboard and install black spacers on top of the bolts followed by the NM-IMB2 Mounting Bars on top and lastly securing it by the thumb screws.

Once you’re done with the initial prep for your designated socket, apply a modest amount of Noctua NT-H1 high grade thermal compound on the processor and carefully mount the cooler on the bars, you can ascertain that you placed it in right direction by checking Noctua’s label on the top of the heatsink in alphabetical order. Now mount the NH-D15 Chromax Black, tighten the screws, and then attach the fans on the middle and connect the fan cable on the CPU Fan header labeled on the motherboard.

The entire testing was conducted using an Antec NX 800 mid tower case with 2x 200mm stock fans which were placed at the front for intake purposes and one 1x 140mm at the back for to exhaust the hot air. All the fans were controlled by the integrated fan controller and were set at 100% fan speed. The thermal paste being used is the high grade Noctua NT-H1 and the same thermal paste is being used for other coolers to ensure similarity.

The tests were conducted on the Intel Core i7 8700K overclocked to 4.50GHz with the voltage set at 1.35V. In order to find the minimum and steadied temperature, we allowed the system to sit at idle for about half an hour and for maximum temperature we utilized Prime95 to stress the system for another half an hour to find the peak level of temperature. The memory modules used in the test system comprised the Corsair Vengeance RGB (2x8GB) 3000MHz. The outcomes are illustrated in delta temperature by deducting the ambient room temperature. The similar mechanism was used for other coolers.

Surprisingly the DeepCool Assassin III ran about 1c lower compared to Noctua NH-D15S and about 2c when compared to NH-D15. It is safe to say that all the Dual-Tower Air Coolers performed quite similar as almost of them have a similar price tag. In regards to the performance, a majority of the consumers also prioritize the noise-levels of the air cooler.

During our testing the Noctua NH-D15S achieved the maximum rpm of 1510 while the DeepCool Assassins III achieved max of 1341rpm. In comparison to the Assassins III, not only did the NH-D15S offer higher rpm but surprisingly low noise-levels whereas the Assassin III was quite loud at 100% fans.

In essence, the Noctua NH-D15S C.b further builds on the philosophy the Austrian company has been working on since the past decade. The top-tier NH-D15 lineup continues to outshine even the sturdiest of AIOs when it comes to temps and overall performance including acoustic levels. The installation process is one of the alluring factors associated with Noctua coolers as the SecuFirm2 mounting system can easily be manipulated without fault by even the most novice builders. Furthermore, in terms of actual performance the cooler performed excellent as expect from an high-end air cooler and offered low-noise operations compared to the Assassins III. The Noctua NH-D15S C.b is a solid option for those who want to stick with Air-Cooling without comprising on the temps and noise levels. At a price tag of $89.90, we highly recommend choosing the NH-D15S C.b if your case can support the massive size including the length of the protruding heat pipes as that can be a concern for most budget oriented casings.

Special thanks to Noctua for providing us the NH-D15S C.b for review. 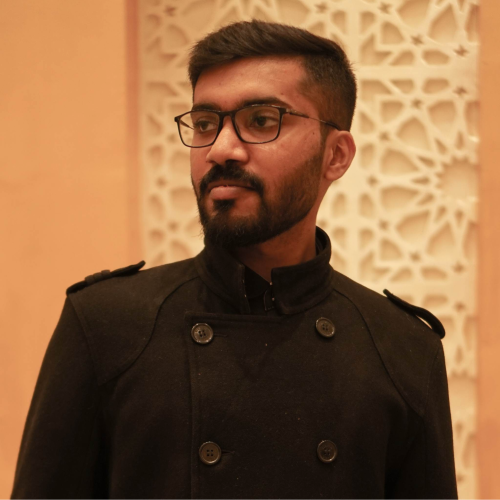 Introduction: Noctua is one of those companies in the industry that require not introduction as they're known for producing one of the best high-end cooling solutions. The Noctua brand stems from the collaboration between the Austrian Rascom Computerdistribution Ges.m.b.H. and the Taiwanese cooling company Kolink...Zeeshan Ali KhanNoctua NH-D15S Chromax Black - Review