In the DarkFlash DLM21 case review, we will go over aspects that the modern case buyer looks for in a casing.

Well, let me just start by saying that looks are subjective. What I think about this case might not resonate with everybody. However, with that said, I am going to keep it as objective as I can while keeping it interesting.

On my first look at this casing, the first thing to strike me was the size. My honest first thought was that it is an NZXT H510 that someone shrunk. However, a second look revealed that that’s where the similarities end. When viewed from the front, the white fractals remind me of the Fractal Design Meshify C, except that it’s white…and closed.

The second thing that struck me was the large, centered DarkFlash logo on the side of the basement cover. Personally, I am not a huge fan of that kind of branding, but that is just personal preference.

The third thing I noticed was the small bit of black cloth protruding out from the side of the tempered glass. Upon pulling it, I discovered that the tempered glass side panel is on a hinge, which left me amazed. Hinging panels are considered a premium when it comes to cases; thus, seeing a relatively cheaper casing with a hinge is a refreshing and pleasant sight.

Lastly, the magnetic top mesh filter is a nice to have feature. Upon removal, you can see that you can have mounts for both 140mm and 120mm fans.

For starters, it is important to remember that this an M-ATX enclosure. However, for something of its size, it still allows you to mount a fair bit of hardware inside.

The case is easily compatible with the following hardware:

On the front, we have 2 USB 2.0 ports, a single USB 3.0 port, split headset and microphone jacks, a reset switch, and a big round power button.

With all these features, this casing looks like a cool choice for M-ATX builders right? Well, let’s see what it’s like to build in it.

In the fairness of giving this DarkFlash DLM21 case review the best chance at a positive outlook, I populated all the fan slots in the casing with 3 Panther fans and 2 Thermaltake Riing 12 RGB fans on the top. Furthermore, I installed what is considered to be the current mid-high range gaming setup to see how it runs.

The specs of the test rig include:

The first thing I will say about the building experience is to BE CAREFUL WITH THE STANDOFFS. Whether it was a factory fault or if it is a standard but the standoffs in our review unit were poorly fitted, to the extent of rotating when installing the motherboard; thus, the motherboard could not be installed easily. However, this is not a major fault and certainly not one that isn’t easily fixable.

The bracket also gives the fans much needed space for airflow from as it’s only source of air is via side vents in the rear side panel (much like an H510).

Cable management became quite tricky. It was an arduous process to avoid the rat’s nest in the bottom. However, 2 different sets of fans were used; thus, having 2 controllers in the back made things extra messy. The channels for routing are quite narrow and I had to get a little creative about hiding the cables in the back. The lack of space really did become an issue. However, at the end of the day, I was able to close the back panel without it bulging in the center. That’s about as good as it gets for something this small, in my opinion at least.

Mounting the SSD was extremely simple. All that was required was to have the SSD SATA power and connector ports facing towards the cable routing slot and screwing it in from the other side. The HDD mounting, however, was not so simple.

The first HDD has to be installed on top of the caddy and the second hard drive then goes inside the caddy. the first one has to be screwed in from the bottom so make sure to do that before inserting the second one.

My Ryzen 5 2600 and RTX 3070 were being run in their stock configurations and all the fans were regulated to 1200RPM. the test included multiple-hour-long game sessions of Apex Legends, Tom Clancy’s Rainbow Six: Siege, and PUBG. Ambient temperature at the time of testing was 27 degrees Celsius. The results are quite interesting for a case of this size.

The CPU hovered steadily over 60 degrees with occasional bumps to 65.

The GPU went up to 78 degrees. However, this is only a 7 degree delta from my testing with the GPU in an open setup.

So then what do you make of this DarkFlash DLM21 case review? I believe that for an MATX casing, it is not a bad choice. The DarkFlash DLM21 gets a lot of things right. It understands how to tackle most of the major issues that MATX enclosures normally face. furthermore, it has enough premium features where i would certainly think it was more than what it’s worth.

Should you get one? if you think the NZXT H510 is too big and you don’t mind sacrificing a tiny amount on thermals then definitely. However, if you want something in black then the 1stPlayer B4-M BLACK SIR might be worth checking out. 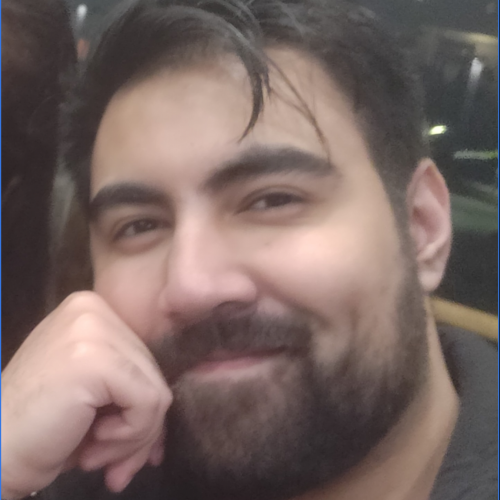 Shahzeb Nasir
PC hardware and coding enthusiast. My primary fields of interest are Hardware, Artificial Intelligence, and IoT. Apart from that, most everything related to computers fascinates me to some degree for the most part.

RayTracing in The Witcher 3 Complete Edition will soon be a reality for most. The Witcher 3 is getting a long-awaited update very soon....
Read more

Battlefield Class system was one of the aspects that made that franchise standout from the rest of the competition during the peak days. However,...
Read more

Someone managed to benchmark Nvidia's now-cancelled RTX 4080 12GB, as per the post on the Chiphell forums. You would be surprised to know that...
Read more