We review the new 12nm Zen+ Ryzen 7 2700x, It’s been more than a year since AMD released it’s flagship Ryzen 7 2700x based on 12nm die-shrink. In this review we will cover the performance testings against previous ZEN processors (Ryzen 7 1700, Ryzen 5 1500x ) Pretty much these are the very same processors. AMD’s Ryzen 7 2700X is another big step forward for AMD offering high frequencies out of the box with the improved memory controllers. The company tells us that Zen+ offers a reduction in cache latency (anywhere from 13% up to 34%), an 11% reduction in DRAM latency, We’ll test these results today if these claims are enough to be true. Zen+ is based on the Globalfoundries 12LP process (LP for “Leading Performance”). In this review we’re focusing on performance numbers only compared with 2 ZEN processors to see if it’s worth the upgrade from Ryzen first-gen processors which was released in 2017. Hardware and Software We Used:

All these games will be tested at High/Ultra Preset at FHD and WQHD resolutions. We’re primarily using the Asrock B350 Prime Plus for all of the testings. All testing has been conducted with the Hyper 212 Turbo. The First-gen Ryzen 7 1700 and Ryzen 5 1500x have been tested on the same motherboard with the same memory configuration.

So let’s start with the synthetics performance numbers, shall we?

Here we see some nice gains, 2700x is outperforming first-gen Ryzen CPU’s in single-core and multi-threaded both. Although these first-gen CPU’s were overclocked. Ryzen 7 2700x performing almost 10% better in single-core scores thanks to its higher-boost clocks.

Thanks to the ZEN+ refined memory controllers, all of these tests are running at same memory config still 2700x managed to beat all these previous ZEN processors in latency benchmark. Giving Solid 72ns. 11% better. That means AMD claims regarding memory and latency performance were true.

Here we’re not seeing in major difference in scores, because it’s not really CPU intensive task but we see minor improvements. Ryzen 7 2700x outperforms Ryzen 7 1700 by 4%.

Ryzen 7 1700 at 3.9Ghz is doing extremely well in these tests, however, we’re seeing really minor difference in over-all performance, but 2700x is leading in all tests.

In an effort to remove or at the very least reduce the GPU bottleneck We dropped the settings from Ultra High to High for the accurate testings in Assassin’s Creed Odyssey this open-world ubisoft game is known for the CPU stress testing, Utilizing all the threads. Ryzen 7 2700x managed to outperform Ryzen 7 1700 by almost 3 FPS and beating 1500x by 19 FPS on FHD.

As predicted Battlefield V DICE Game, the scores are neck to neck on all these 3 processors, this game is really well optimized for 8 threads. We tested Ultra Preset so we’re not that much CPU bound. Impressive results so far. However, 1% Lows are better on 2700x on all two major resolutions. 1500x is 1FPS better on 1440p it’s probably the margin of error in our testings but we didn’t see any major difference. Battlefield 1 doesn’t require 16-threads  8 threads will happily get the job done.

Far Cry 5, Another UBISOFT title which is enjoying higher-clocks. 2700x is beating 1700 by 7 FPS and offering better 1% Low. Roughly 7% better performance and beating 1500x by miles roughly 15% more performance thanks to higher count and better frequencies out of the box.

Forza is an open-world racing game, as predicted this game is very CPU dependent but also very-optimized kudos to the microsoft. at 1080p Ryzen 7 2700x beating previous zen processors by a good margin. 6% better than Ryzen 7 1700, and roughly 10% better performance than quad-core Ryzen 5 1500x.

We have a few noteworthy things to discuss here. Firstly, we are GPU-bound.This game is not really core-friendly and scaling well in DX12 as i predicted earlier, turns out this game is big GPU intensive. 1500x is performing expectionally in this game, and this game is very hard to benchmark but after 3 times test we have base-line numbers. 2700x is winning in all two major resolutions.

AMD’s 2000-series processors aren’t revolutionary but AMD made a nice step forward with what is pretty much a bit of a die-shrink and tweaking. 10% better in memory latency AMD claims were true. For applications as we noted earlier the Ryzen 7 1700 @3.9 stacks up well against the Ryzen 7 2700x. If you’re running first-gen Ryzen 7 CPU right now, then you don’t need any update just simply wait for the next-gen series. For the Ryzen 5 1500x owners, You should consider update if you’re interested in synthetics heavy-work loads. Ryzen 7 2700x is currently sitting at $309 MSRP and roughly ~45,000 PKR in Pakistan available at Pakiyoungster and Games and Geek. 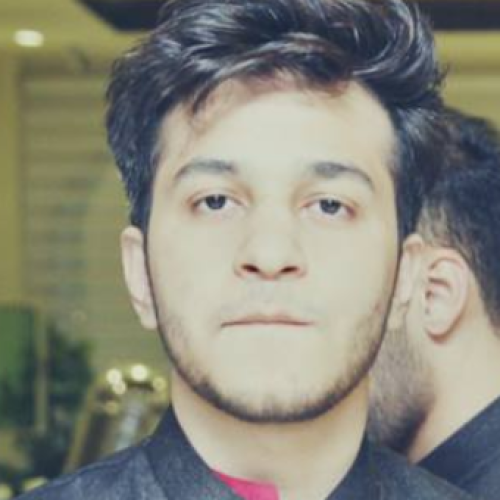